Somnath Mandal from Medinipure district of West Bengal, was a proud beneficiary of MyRoots. In the year 2018 he had purchased quality potato seed from MyRoots for potato crop cultivation in his land. As a part of MyRoots beneficiary service he too received farm advisory support during the whole crop cycle. MyRoots agronomist visited his field in regular interval to hand hold the farmers in timely irrigation & fertigation. MyRoots had also purchased the farm produce of Somnath as a part of market linkage.

He was much happier while sharing his feedback. He said “I have received more than I could have imagined from MyRoots. They helped me by providing the right seed, right knowledge on which crop will get me more income. Earlier I would use any amount of fertilizer, but now with the support from their agronomist I knew how much to use and when to use it. I have been able to get better yield, better price and hence my income has increased. The good part is that I did not even have to worry about my payment; it was directly deposited in my bank account. Thank you MyRoots for helping me.” 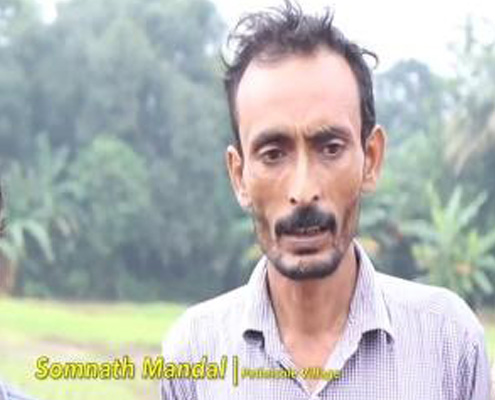